What is the Church?

The Church:- S.C. 1577 'ekklesia': literally, a calling out [out from the origin]; secularly, an assembly of citizens (Acts 19: 32, 39,41);
in Greek O.T. [Septuagint] the congregation of Israel, as in Acts 7:38 the 'congregation' in the wilderness; the Christian community of saints on earth or in heaven or both.

JESUS AND HIS BRETHREN = THE CHURCH

The church are the called out ones, those who have been predestined to be conformed to the image of the Son, called, justified and glorified, Rom.8:29-30. The church are those who do not stumble at His hard sayings (Jn.6:60), who know that eternal life is only found in the words of the Lord Jesus, (Jn.6:68).
Jn.5:24 "Most assuredly, I say to you, he who hears My word and believes in Him who sent Me has everlasting life, and shall not come into judgement, but has passed from death into life."

JESUS IS BUILDING THE CHURCH

In Matt.16:18 we have the first mention of the word 'church' [ekklesia]. "And I also say to you that you are Peter, and on this rock I will build My church, and the gates of Hades shall not prevail against it."

Jesus commits to "building the church". He proclaims it will withstand the gates of hell. It will be built in the foundation of faith in Him: "Thou art the Messiah, the Son of God." Mt.16:16-17. This can only be known by a revelation from God, bringing faith to the believer.

BUILT ON THE ROCK

JESUS IS THE FOUNDATION STONE AND THE CORNERSTONE

JESUS IS THE APOSTLE [THE BUILDER]

He is the apostle "who was faithful to Him who appointed Him," [Heb.3:2]. Jesus the Messiah is the builder of God's house, the church. Heb.3:3 "For this One has been counted worthy of more glory than Moses, inasmuch as He who built the house has more honor than the house." He is the Son over His house, "whose house we are," v.6.

The same one who laid the foundation of the house of God will also finish it. Zech.4:9 "The hands of Zerubbabel have laid the foundation of this temple; his hands shall also finish it." Zerubbabel is a type of Christ, used by God to rebuild the temple in Jerusalem after the Babylonian exile. This verse speaks prophetically of Jesus, as the apostle of God, building the church.

Peter is the "petros" stone, who will be a foundation stone as an apostle. The church is built by Jesus on the foundation ministries of apostles and prophets which He has set in the church. Eph.2:20 "having been built on the foundation of the apostles and prophets, Jesus Christ Himself being the chief cornerstone."
Every believer is called a living stone and is being built into the house of God, the church.
1Pet.2:5 "you also, as living stones, are being built up a spiritual house, a holy priesthood to offer up spiritual sacrifices acceptable to God through Jesus Christ."

THE KEYS OF THE KINGDOM

A look at the fulfillment of Peter's commission

Teaching them to Observe all Things 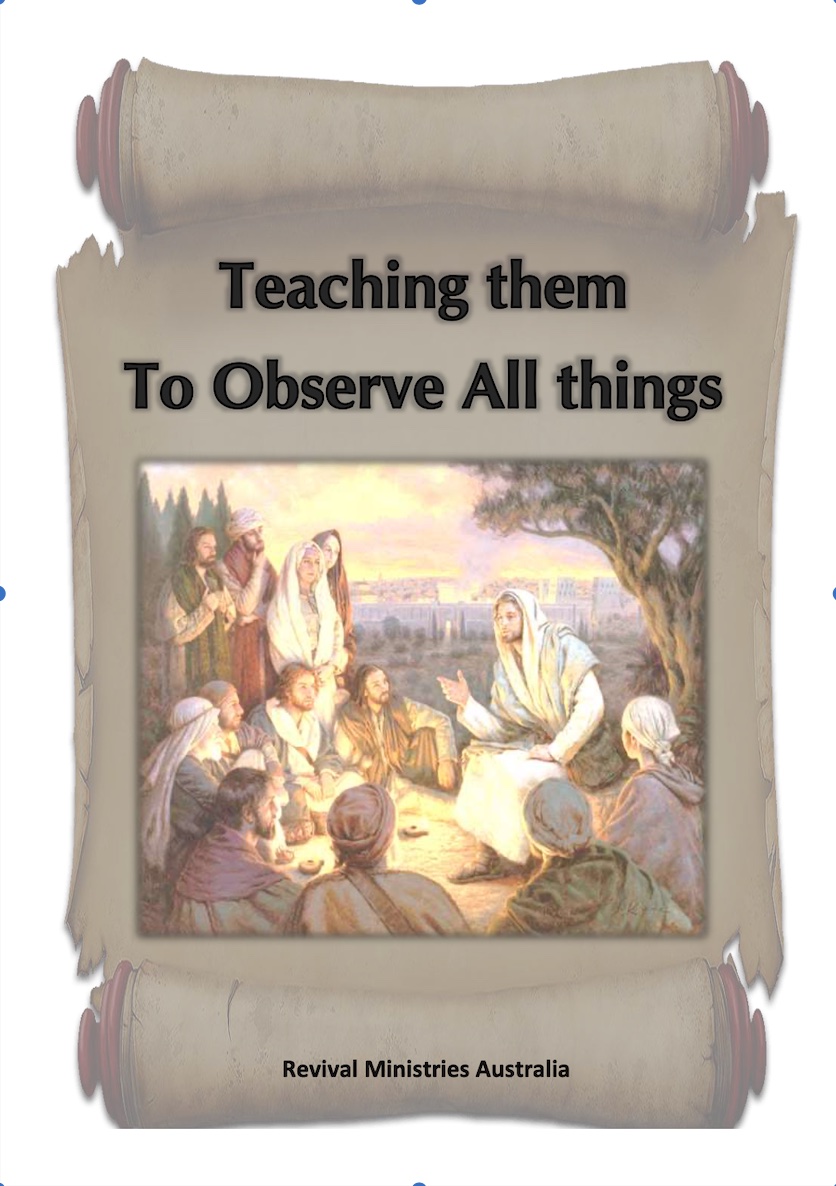