The Gospel of the 20th Century

In general terms, the major presentation of the gospel in the 20th century was evangelical. This included the Pentecostal and Charismatic revivals that brought much increase in church numbers, and awareness of the Holy Spirit and His power and gifts. The evangelical gospel is primarily about salvation and having the hope of heaven. People were happy to be saved; thankful for all that Jesus had done for them, and very happy to be 'going to heaven'.
It is interesting that despite this faith paradigm that says, 'when I die I will go to heaven', nobody wants to die! God has put something in the heart of human beings that wants to live and not die; that wants to continue living on this earth. This is because God's purpose for man is in the earth. God created us to live in the earth and fulfil His eternal purpose. Jesus referred to this in the Lord's Prayer, "Your kingdom come. Your will be done on earth as in heaven" (Matt.6:10).

Towards the end of the 20th century some began to speak a "kingdom message". We began to hear about the kingdom of God here and now, entered into by experience here on the earth (John 3:3-6). We are born again into this kingdom, to see and enter it. We are born again to be children of God (John 1:12-13, Romans 8:16), growing up to maturity.
The Evangelical church was focused on mission, getting people saved, and mostly baptised and filled with Holy Spirit. But the Evangelical church did not really preach God's purpose being fulfilled in the earth. It was all about going to heaven and included many sophisticated teachings on 'rapture' and related subjects that were all focused on getting out of the earth, rather than fulfilling God's purpose in the earth.

What is the gospel of the Scripture?

We entered the 21st century in the emerging apostolic company and a kingdom proclaiming church. At Revival Ministries Australia, we felt in the Lord to not call ourselves a "church" because of the range of meanings that can have nowadays. 'Church' can mean to some people a building on the corner, a denominational institution, that religious organisation that is guilty of widespread sexual abuse, and many other things.
Evangelical church in general has refused the kingdom message and refused apostles and generally prophets also. The Evangelical church did not make disciples. The primary commandment of Jesus to the church is "Go and make disciples of all nations" Matthew 28:19. Most do not know the eternal purpose of God (Ephesians 3:8-11 - pleased read this passage carefully).

Jesus said, "Follow Me and I with make you fishers of men" Matthew 4:19. Jesus will make us "fishers of men", that is, He will make us able ministers of the gospel. This is the call; to follow Jesus, not to go to heaven.
The Evangelical gospel taught us to live a good life, so we would not miss out on heaven. The apostolic gospel is to grow up and become the sons of God and walk in His inheritance in the earth. The restoration of all the gift ministries of Ephesians 4:11 has happened. It is time to receive apostles. There has been the beginning of a shift from the evangelical gospel to the emerging apostolic restoration of the church according to the Biblical pattern of the Scriptures.

In Mark 10:46-52, blind Bartimaeus knew that Jesus was the "Son of David". This meant he knew Jesus was the Messiah, the Anointed Promised One.
Who was David? He was the great King of Israel. Christ came in the governmental lineage of David. He is the greater King, the One promised to David in 2 Samuel 7:12-14a.
God told David that when he died, God would set up a Seed, that is a Son, after him and God would establish His kingdom forever. The same one who would have a kingdom would also build the house of God, the church (Matthew 16:18; 1Timothy 3:15).
This One's kingdom would be forever, so it is not talking about Solomon. This One would be the Son of God. The Christ would be the Son of David, would rule and reign forever and would be God's Son.
Son of God means God came in the flesh. The Son was conceived by the Holy Spirit. The Son was God with us, the Creator of the Universe coming into flesh. He was coming into His own world that He created (Luke 1:35, Matthew 1:20,23, John 1:10).

Is Jesus on the Throne?

According to Acts 2:33, Jesus had been exalted to the right hand of God. He had been crowned King at His ascension (Acts 1:9). "Therefore, being exalted to the right hand of God, and having received from the Father the promise of the Holy Spirit, He poured out this which you now see and hear" Acts 2:33.
Many are still waiting for Jesus to become King and they have relegated the Kingship of Jesus until He comes. The kingdom reality is: Jesus is the King. He had already been enthroned by the time the day of Pentecost had come. He is ruling and reigning now. His title of 'Christ', the translation of 'Messiah', means that He is the Anointed King.

Jesus is the promised 'Seed'; seed means Son. The Scripture declares, "Foreseeing that God would justify the Gentiles by faith, preached the gospel to Abraham beforehand saying, 'In you all the nations shall be blessed.' So then those who are of faith are blessed with believing Abraham" Galatians 3:8-9.
In Galatians 3:16 we learn that the Seed of Abraham is singular, and it is Christ Jesus who is the Seed of Abraham. It is extremely important to understand that the promise made to Abraham was to be fulfilled through Christ and that through Christ the blessing promised is released to all who believe, in all the nations. If you belong to Christ, then you are Abraham's seed and heirs of the promise (Gal.3:29).
God made covenant with Abram and changed his name to Abraham, calling him the father of many nations. Jesus Christ is the son of Abraham and through Him, the blessing promised to the nations, given to Abraham, is fulfilled.

THE TRUE MESSAGE OF "CHRISTMAS"

We are happy to report that every year in our nation Australia, attention is given to the birth of Jesus the Christ coming into the world. Despite all the trendy commercialisation of the Christmas season, the message of Christmas is broadcast and celebrated, and everyone is confronted with the message. Christmas carols are played in the Supermarkets, often expressing deep spiritual truths; a manger scene is set up outside our City Hall; there are large gatherings of people to hear Christmas carols sung in public places. Even though some of the singers leading these public events are not believers, they still sing words of truth declaring who Jesus is.
However, we need to go further than the Christmas message announcing the birth of Jesus. We need to show from the Scriptures a deeper reality of the Christmas message. When the wise men came from the East and enquired of King Herod, part of Micah 5:2 was quoted to them to tell them where the Christ Child would be born. We need to go back to this passage and read the full text: "The one to be Ruler in Israel, whose goings forth are from of old, from everlasting [Literally the days of Eternity]" (Mic.5:2). Jesus came from the eternal realm; He is an eternal being.
In eternity Jesus existed "in the form of God" (Philippians 2:6), because He was God, and He is God, and He was God "manifested in the flesh" (1Tim.3:16). Without knowing who Jesus really is, we have a sub-standard gospel.

Some Gospel realities concerning who Jesus is

Luke details some of the amazing gospel realities concerning who Jesus is and what His coming into the world as a baby, really means (Luke 1:31-32).

1) His name shall be called JESUS

3) He will be called the Son of the Highest

5) He will reign over the house of Jacob forever

6) Of His kingdom there will be no end.

Paul explains the outworking of the angel's statements in Luke. Jesus was raised, then He ascended and was seated at the right hand of God in heavenly places far above all rule and authority and every name (Eph.1:20-23 please read this passage carefully).

What did the apostles preach?

In the midst of persecution, the apostles "did not cease preaching and teaching Jesus the Christ" (Acts 5:42). On the day of Pentecost Peter preached an amazing message proving that Jesus, who was crucified, is "both Lord and Christ" (Acts 2:22-36). The apostles did not preach salvation as such, but they preached Christ and people were saved by the thousands.
Philip, who had been trained by the apostles in Jerusalem, when he went to Samaria "preached Christ to them" (Acts 8:5). He "preached the things concerning the kingdom of God and the name of Jesus Christ" (v.12). Many believed the preaching of Philip and were baptised.
We must preach Jesus Christ; He is the only foundation and we cannot build on any other (1Corinthians 3:11). When Peter received the revelation that Jesus is the Christ, the Son of the living God, Jesus then said, "On this rock I will build My church" (Matt.16:16-18).

The kingdom of God

The gospel is all about the sons of God being revealed (Rom.8:19). It is not about Jesus coming back imminently but it is about the sons arising and growing to full maturity (Heb.2:10), to the extent that Jesus will be revealed in His church (Eph.4:12-13; Eph.5:26-27).
We are "predestined to be conformed to the image of His Son" (Rom. 8:29). And we are predestined to be called, justified and glorified (Rom.8:30)! This is our journey.

The purpose of the gospel

There are many verses and passages of Scripture that reveal to us gospel realities. One of the main verses is Habakkuk 2:14: "For the earth will be filled with the knowledge of the glory of YHWH, as the waters cover the sea". We are to come to this knowledge through committed discipleship in the word of God.
We need much more than the Christmas story which speaks of the birth of Jesus but ignores the reality of who this Child was. We need to understand the realities of the gospel! 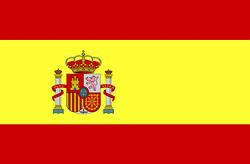